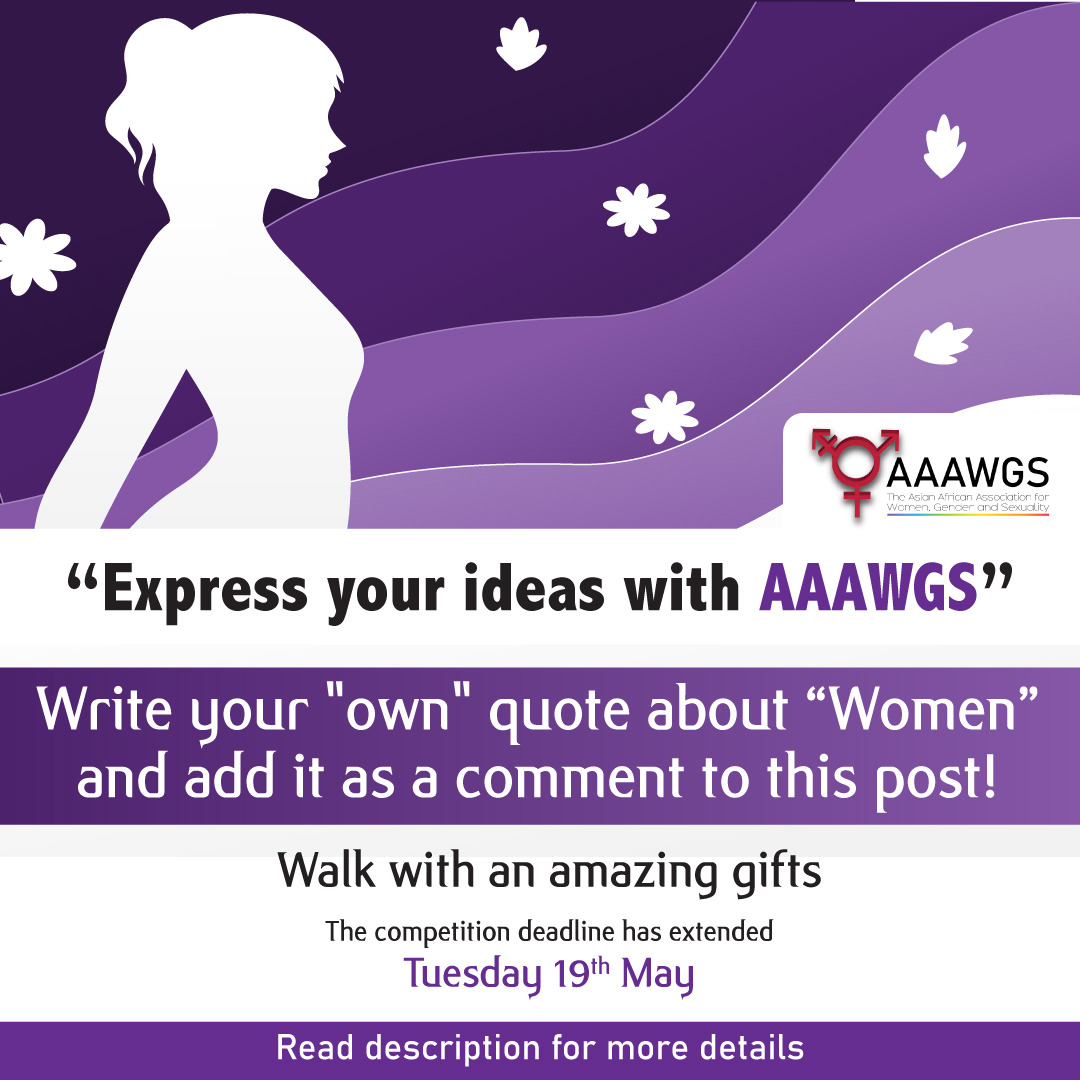 ONLINE COMPETITION ON “QUOTES ABOUT WOMAN”

The Asian African Association for Women, Gender and Sexuality AAAWGS proudly organized the 𝐨𝐧𝐥𝐢𝐧𝐞 𝐜𝐨𝐦𝐩𝐞𝐭𝐢𝐭𝐢𝐨𝐧 on “𝙌𝙪𝙤𝙩𝙚𝙨 𝙖𝙗𝙤𝙪𝙩 𝙒𝙤𝙢𝙚𝙣” to give an opportunity to creative and thoughtful minds to express their own feelings about women, and how they see and feel women. Applicants required to create a unique quote and add the quote as a comment to the original post which was published on AAAWGS Official Facebook page “Women and Gender Community” on or 𝐛𝐞𝐟𝐨𝐫𝐞 19𝐭𝐡 𝐌𝐚𝐲 𝟐𝟎𝟐𝟎. AAAWGS received 50 plus entries from contestants from different countries which were inspiring and creative quotes about women. Prof. Alka Singh, Principal of Vasanta College for Women admitted to the Privileges of Banaras Hindu University from India provided her support in evaluating the contestants. 𝐌𝐬. 𝐀𝐤𝐬𝐡𝐢𝐭𝐡𝐚 𝐁𝐚𝐧𝐬𝐚𝐥 from India was selected as the winner for spreading love and positivity through her words. Moreover, 11 best quotes were short listed and displayed as the cover photograph of AAAWGS official Facebook page recognizing their creativity and talents.